The Right-to-Die: An Overview

The right to die is a concept that a human being is entitled to end his or her life or undergo voluntary euthanasia. Possession of this right is often understood as allowing a person with a terminal illness or without the will to continue living, to end their own life, receive assistance for what is often known as assisted suicide, or decline life-prolonging treatment.

Proponents typically associate the right to die with the idea that one’s body and one’s life are one’s own, to dispose of as one sees fit. Opponents fear that legalized euthanasia is the start of a slippery slope that can lead to involuntary mercy killings, family pressure on the elderly and disabled to end their lives, and to a decrease in palliative care services that, in turn, indirectly encourages the elderly and infirm to end their lives.

The teachings of the Buddha don’t explicitly deal with this topic and Buddhists are not unanimous in their view of euthanasia. Hinduism has long accepted the right to die for those who are tormented by terminal diseases or those who have no desire, no ambition or no responsibilities remaining. Death, however, is only allowed by non-violent means such as fasting to the point of starvation (Prayopavesa). Jainism has a similar practice named Santhara.

Generally speaking, Muslims are against euthanasia, believing that all human life is sacred because it is given by Allah, and that Allah chooses how long each person will live and how they will die. However, the Islamic Code of Medical Ethics states “it is futile to diligently keep the patient in a vegetative state by heroic means… It is the process of life that the doctor aims to maintain and not the process of dying”. This means doctors can stop trying to prolong life in cases where there is no hope of a cure.

Other religious views vary, with many generally opposed. In the Catholic faith, for instance, suicide is considered a grave sin.

The right to die first started with the concept of “euthanasia,” sometimes known as mercy killing, which is the act or practice of facilitating a person’s death when they are suffering from a painful and incurable disease or incapacitating physical disorder or, alternatively, allowing them to die by withholding treatment or artificial life-support. This practice has sometimes been regarded as suicide if undertaken by the patient or murder facilitated by another. In the United States and around the world, physicians sometimes simply decide not to prolong life in cases of extreme suffering and may administer drugs to relieve pain even if it shortens the patient’s life (sometimes called palliative sedation). In recognition and tacit support of this practice, several European countries have adopted special provisions in their criminal codes for lenient sentencing and the consideration of extenuating circumstances in prosecutions for euthanasia.

Worldwide Development of the Right-to-Die

The first organized movement for legalization of euthanasia was in England in 1935, when C. Killick Millard founded the Voluntary Euthanasia Legalisation Society (later called the Euthanasia Society). The society’s bill was defeated in the House of Lords in 1936, as was a similar motion in the House of Lords in 1950. The practice is still considered illegal throughout Great Britain.

The Euthanasia Society of America (ESA) was founded in New York in 1938 for the avowed purpose of affording individuals facing serious medical problems the opportunity to die with dignity. Some critics suggested that the less publicized goal of the ESA was to legalize involuntary mercy killings of people with mental disabilities and birth defects. ESA changed its name in 1975 to Society for the Right to Die. 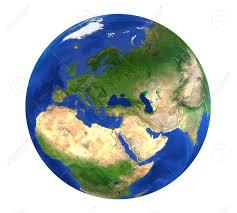 In 1940, Switzerland became the first country to legalize assisted suicide and appears to be the only country to date that permits assisted suicide by non-citizens. The availability of this service to foreigners may be why there has not been a stronger push to legalized euthanasia in Great Britain and other European countries. In 1969, Luis Kutner, the founder of Amnesty International, was the first person in the United States to articulate a patient’s right of pre-treatment consent to the termination of life, rather than continued treatment, using the term “living will” for the first time in an Indiana Law Journal article entitled Due Process of Euthanasia: The Living Will, A Proposal.

In a famous case starting in 1975, Karen Ann Quinlan’s parents filed suit in New Jersey seeking the right to remove her from life support. The New Jersey Supreme Court sided with them in a decision in early 1976, concluding that the right to privacy was broad enough to include their decision. After she was removed from the respirator, Quinlan surprised everyone and continued breathing on her own, receiving only artificial nutrition until she died nine naturally nine years later.

The right to die movement continued to develop in the U.S. during this time, in part because of the publicity of the Quinlan case. The Hemlock Society was formed in 1980 and the federal Patient Self-Determination Act was later passed 1991; it is this federal law that led to the use of what are now known as health care directives. In 1994, Dr. Jack Kevorkian was acquitted in a federal court in Michigan in a case involving assisted patient-suicide. It wasn’t until 1997 that Oregon became the first state in the U.S. to legalize a form of euthanasia (the Death With Dignity Act).

In South America, a new law was passed in Colombia in 1997, making euthanasia legal so long at the person assisting must acted “unselfishly”. Texas passed its Futile Care Law in 1999, allowing physicians to discontinue medical treatment in cases where they believe that it serves no purpose. It is worth noting that while Texas allows physicians to discontinue treatment at their discretion, it does not yet allow physician-assisted suicide.

The Netherlands legalized euthanasia and assisted suicides in 2001, followed by Belgium the next year. Since 2008, Mexico has recognized the right to refuse further treatment on behalf of an unconscious and terminally ill family member.

In 2009, Singapore’s health minister called for an open public discussion about end of life issues, including palliative care and the right to a “good death”. While not openly endorsing euthanasia, he said that he had been moved by accounts of terminally ill people who wanted the right to end their lives. So far, no action appears to have been taken. It was the same year that the Supreme Court of South Korea recognized a “right to die with dignity” in a decision approving a request by the family of a brain-dead woman that she be removed from life-support. In 2015, South Korea approved a pilot “right to die” program (called “well dying”); actually, the right to forgo artificially life-extending treatment. Within the first two years, 3,000 South Koreans signed the necessary paperwork to participate.

Earlier in 2015, the Supreme Court of Canada ruled that denying the right to assisted suicide is unconstitutional. For a period of time in the late 1990s, the Northern Territory in Australia legalized euthanasia, only to have the right of individual territories to adopt such laws taken away. Much later, Australia passed the Voluntary Assisted Dying Act in 2017, legalizing physician-assisted suicide on a territory by territory basis. To date, the Northern Territory is the only one to adopt the practice.

In 2018, the Supreme Court in India officially legalized passive euthanasia and approved the use of “living wills” to provide terminally ill patients or those in persistent incurable vegetative state (PVS) a dignified exit by refusing medical treatment or life support.

California’s End of Life Option Act, adopted in 2016, permits terminally ill, but otherwise competent, adult patients to obtain aid-in-dying medication if certain conditions are met. The validity of this law was challenged based on how it was passed and is now pending in the Court of Appeal; although it remains temporarily in effect.

There are now at least seven countries in Europe, Mexico, Columbia in South America, South Korea, India, eight or more states in the U.S., and one territory in Australia with some form of a right to die law. In New Zealand and Thailand, as just two examples, as well as in other many other countries, euthanasia remains illegal, while China, among others, still struggles with this issue.

Conclusion
– – –
Hospice and the Right to Die

The religious, philosophical and legal battle over the right to die will not go away. It is more likely than not that the right to die will slowly continue to expand around the world. Respecting these different and disparate views is an important part of hospice, where the purpose is to assist those with terminal conditions to die pain-free and with dignity.